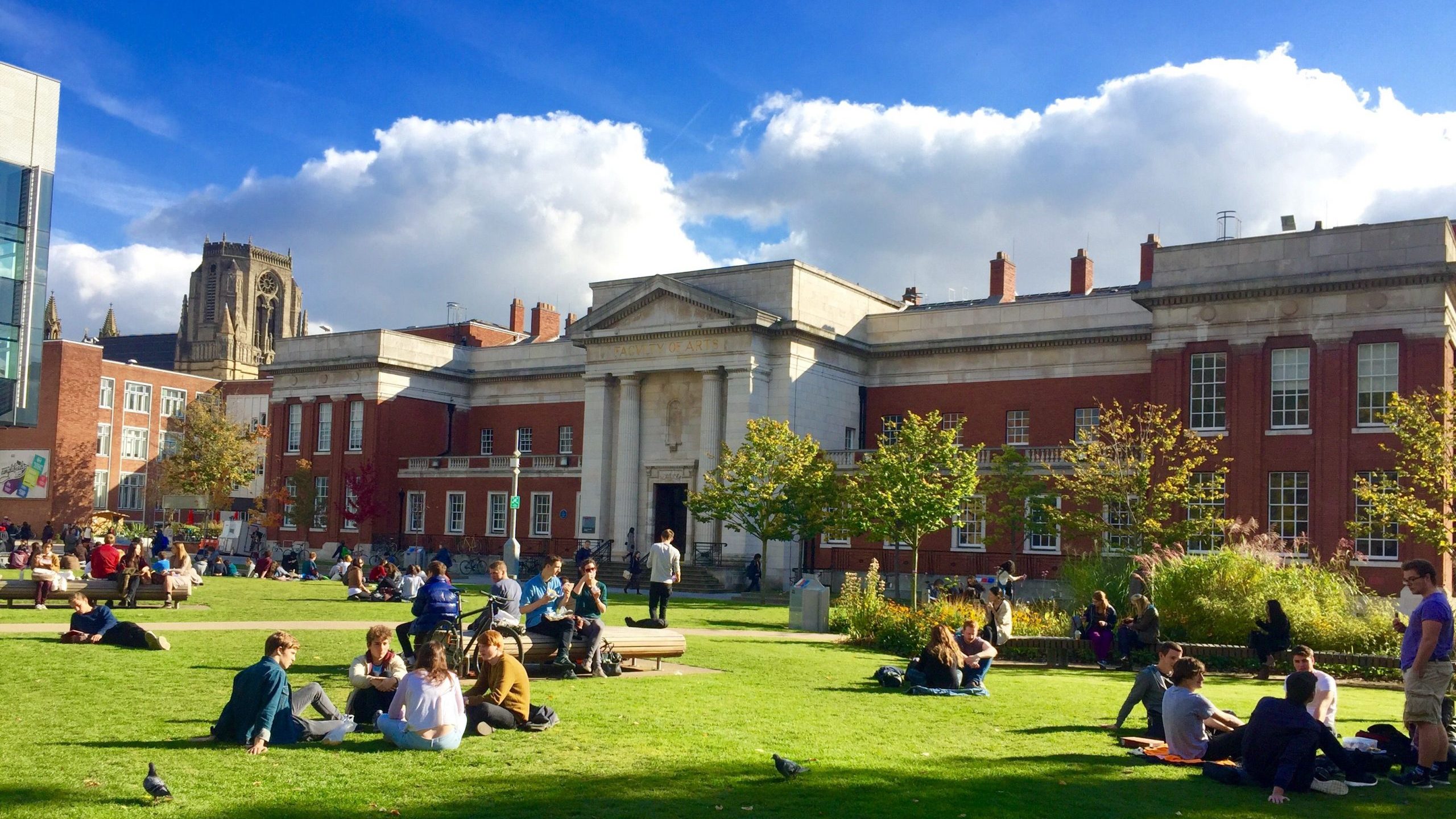 no comments
Tweet Share Email
Home
Features
As future students get their grades, hard-working lecturers and staff at the University of Manchester are getting redundancies

As prospective university students get their A-level grades, thousands of lecturers and university staff are getting redundancies. While the sector reels from the effects of Covid-19, the marketisation of higher education has cultivated an industry of insecure and exploited teaching staff who are worked the hardest, and are now being disposed of.

Universities derive most of their income from tuition fees. Despite this, the staff actually teaching students have experienced growing precarity of employment as the use of the fixed-term contracts by universities increased. Unlike the concept of academic tenure, where staff are employed permanently and given a wide freedom in research and teaching, UK higher education is increasingly defined by the use of Fixed Term Contracts (FTCs). For academic staff contracts are limited to a single year, meaning FTC staff have to apply for their position every year. This short interval makes them prime targets for cost-cutting or negotiations to reduce their pay and conditions.

In the UK at least 33% of academic staff were FTC or on other insecure contracts in 2017/2018. The University of Manchester has the dubious honour of being ahead of the curve, with a study by the Universities and Colleges Union (UCU) showing that over 68% of teaching staff were on fixed-term or other periodical contracts, while for academic staff as a whole, 75% were on insecure, non-permanent contracts.

Traditionally used as a flexible cover when permanent staff went on research or maternity leave their use has rapidly expanded. Instead of just covering, FTC academics have increasingly been used as the primary teaching staff for many departments.

While taking on more responsibilities this rarely comes with increases in pay and security. Now en-masse FTC staff are being disposed of by senior management.

Peter is an FTC lecturer at UoM who is currently under threat of being let go, he has asked to remain anonymous due to fear of being targeted by management staff. His story is indicative of a common trend:

“I was hired on a part-time basis to cover a permanent colleague on maternity leave, as staff left I was moved onto full-time. During my four years here, I taught across 21 different undergraduate and postgraduate taught modules, and in total, I contributed teaching to 42 modules in my four years, and co-ordinated 24 modules. During this time I also designed or re-designed a total of 7 new modules.”

Most academic contracts stipulate a split between research and teaching. Permanent staff are often hired to pursue research specialities and sometimes enjoy a 50/50 split between their research and teaching responsibilities. However, these contracts are increasingly rare, as universities become increasingly reliant on tuition fees many permanent contracts are negotiated to include more teaching burdens at the expense of research. For FTC staff almost all time, often at least 90%, is dedicated to teaching. This produces its own problems for staff, Peter explained:

“If we undertake our teaching role only, we cease to be an active academic in a research sense, leaving us fewer options if or when our fixed-term contracts are terminated.

I have sacrificed a healthy work-life balance, I have lived in ongoing precarity, I have put off buying a house or starting a family for fear of a lack of job security. I feel I have given this university everything I have to give, and in return I will be made unemployed, forcing me into what is almost certainly the most hostile academic job market in my lifetime.”

In March 2020 as the UK entered lockdown the University of Manchester (UoM) sent out a general email to staff which hit many like a hammer blow. The senior leadership said they were preparing for a “worst case” potential loss of £270 million as Covid-19 hit projected student admissions causing “reduction in our total annual income of between 15 and 25%.” The UoM having one of the largest international student intakes in the UK, over 28% of its total in 2018/19, would be heavily affected.

This announcement came with strong measures to cut pay and staffing costs. Permanent staff were to be offered severance packages, unpaid “career breaks” of up to three years, or a pay cut for a “defined period”.

Crucially the university put a hold on new recruitment and renewals of contracts. By default, this meant that many staff on fixed-term contracts with UoM are set to become unemployed when their term ends.

This catastrophic development for FTC staff was relegated to a minor note in the email. The lack of notice, detail and what felt to FTC staff as a lack of concern for their health and wellbeing, has angered many.

James is another FTC lecturer who taught at UoM but has been laid off, his name has been changed to remain anonymous as he fears being targeted by management staff. James described the announcement as: “a massively chaotic sham but they knew they could do it because our contracts have such little legal protection.” Previously regular rehires are now left facing a bleak future in an incredibly hostile job market.

“We’re often the people who get the highest teaching scores because we do the most, so we’re there piling up hard work and effort getting the top teaching scores for our departments but not accruing any kind of security. They can just get rid at any point, just like they have now,” James said.

UK trade guidelines state that staff who are continuously employed for four years or more must be offered a permanent contract. Despite this, some long-term FTC staff have been served redundancies denying them a secure job or appropriate benefits for their term of service. At least one member of staff has reported to The Meteor they are willing to go to tribunal. Despite this step, many feel despondent.

James continued: “… if HR get hit with one or two people who take it to tribunal, they’ll probably [still] see it as a worthwhile price to pay for the fact they’ve managed to get rid of a huge number of the workforce without much attention being placed on it.”

The severance scheme, aimed at permanent staff, which ran from 21 May to 31 July received more than 800 applications, at least 6% of the whole workforce now appear to want out.

“That’s a huge number, and a huge saving for the university and much higher than expected, so is an interesting comment on the working conditions at Manchester University. It’s not a great package .. a few years ago a settlement we negotiated was much better, it’s not a great package in terms of the money they’re getting.”

Statements from university management about cost-cutting has regularly hinted at ‘further measures’, many staff feel they are being pushed to go before the payout is worse.

Several prominent universities have come under fire for ruthlessly cutting short-term and support staff. The University of Newcastle which, after several progressive measures to help staff deal with stress, handed redundancy notices to most of its fixed-term (FTC) staff.

One reason why Manchester perhaps hasn’t received similar coverage appears to be because many FTC and permanent staff feel too precarious to speak out. A key plank of the UoM’s UCU branch demands during strike action in late 2019-20 was an end to a ‘toxic management culture’.

While the university regularly highlights results from its 2019 staff survey that 89% of UoM staff agreed that they “feel proud to work for the University,” this ignored very low scores in staff satisfaction with their conditions. Only 19% agreed that the senior management “manage & lead the University well” and only 12% felt that managers “listen to and respond to the views of staff”.

Instead of being listened to, many staff feel they are being constantly evaluated. The threat of not getting their contract renewed or it being downgraded creates a pressure not to raise any issues they may have with their employment or the management of the University. James describes how insecure contracts and university rhetoric around cuts can act to discipline staff:

“When senior management mention the possibility of ‘further measures’ everyone knows what that’s code for – anything that harms our reputation means we won’t be recruiting the students we need and that’s not going to be good for anyone, as in you. Even though you don’t agree with anything the university is doing, don’t make it public because that could harm recruitment and then your job.”

The Manchester Anti-Precarity Network, an initiative set up by FTC staff to campaign against UoM’s move to cut ‘skilful and dedicated teaching staff’ is working to promote personal stories of exploited academics. Geidel, who is working with the campaign, said:

“The strategy of cutting fixed-term staff, who earn the least of all teaching staff, is because its easy to cut unlike capping managerial wages. Staff costs aren’t an incidental thing, they’re essential, Manchester isn’t a property management firm. … We are the university and we’re what students come to Manchester for.’

Peter, also working with the network explained his experience and reasons for action:

“Because of the way FTCs are treated, you’re made to feel you’re on your own, and that is pretty scary to think there are lots of people feeling in the same way … forming groups like this and getting people to talk to each other is a positive thing because we can see this as a more systemic problem, it’s important to tell people. Because I guarantee, many people who are going through this process will feel it is their fault.”

A University of Manchester spokesperson rejected the claim that they have embarked on an extensive programme of staffing cuts, stating: “we have put measures in place to reduce our pay and non-pay expenditure. We are working closely with our university colleagues, and in consultation with the trade unions on these issues and will continue to do so openly and transparently.

“Along with universities across the sector, we face a significant drop in income and the potential loss of 50% of our international students, therefore we must prepare and plan for all eventualities. That is why we have asked staff to prioritise teaching preparation over the coming months to ensure the best possible student experience for the next academic year.”

As prospective students received their A-level grades, universities will be collecting their fees, but many FTC staff like James are worried about the year ahead:

“the amount spent on their [Student] tuition is less than ever, our department has lost several members of staff, both permanent and FTC, and none are being replaced. The permanent colleagues are having to take this work on, for fear of being labelled ‘problematic’ or ‘not compliant’.“

A petition calling for a halt on job cuts and a cap to senior management pay has collected over 5,000 signatures while UCU has held national solidarity actions to rally support for academic staff.

Peter, who is likely to soon be made redundant, outlined what is likely to be an ongoing struggle, educating a new cohort of students in the current realities of higher education:

“I would not reduce the quality of my teaching and never stop fighting to give my students the best education but I also want them to be aware of the system in which it is taking place, what the university was planning and is now actually doing.”

Find out more about the Manchester Anti Precarity Network here

This site uses Akismet to reduce spam. Learn how your comment data is processed.

The Meteor is the future of news in Manchester. Watch this video to find out more.

We use cookies to ensure that we give you the best experience on our website. If you continue to use this site we will assume that you are happy with that! OkPrivacy policy